Austin Abrams is an American famed star who was born in Pennsylvania but was brought up in Sarasota. His parents name is Lori Abrams and Bradley Abrams. His parents are doctors. When he was 15, began his career as an actor. He made his acting debut with 2012 Bryan Fogel directed romantic-comedy film Jewtopia, and played the young role of Adam Lipschitz. He earned his first major acting role as Ben in mystery and comedy film Paper Towns, which was released on 24 July 2015. In 2017, he portrayed the main character of Troy Sloan in the award-winning movie Brad’s Status. He also was cast as Ethan for six episodes in the HBO series Euphoria. Recently, he landed the co-starring role as Gettys O’Brien in the drama film The Line. 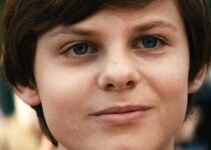