Gavin Warren is an American teen actor. He is best recognized for having played the character Logan LeRette in the drama film “The Unbreakable Boy”. Although, he gained fame through played the many young roles in popular movies such as “12 Mighty Orphans”, “A Hard Problem”, “Mack” and “First Man”. He made his acting debut in 2018 with film “Back Roads” as Zack Mercer. Recently, he landed the role of Axle in the DuBois Ashong directed thriller film “Geechee”. He will star as Daniel in the upcoming thriller film “The Man in the White Van”, which due to release in 2022. 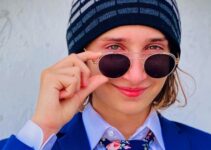