Josh Beauchamp is a Canadian famed star who is best known for being a part of the immaBEAST dance crew. Later, he joined the global pop music group “Now United”. Before fame, he won the grand prize for K-Days Talent Search. He is also popular on TikTok, where he uploads lip-sync and dance videos. He has amassed more than 6 million fans and as well as earned over 85 million likes on his videos. In 2020, he won the BreakTudo Awards in the category of International TikToker. In addition, he frequently posts dance videos on his self-titled YouTube channel. 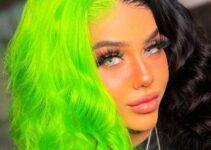