Miles Gutierrez-Riley is an American actor who is well known for his portrays Ivan Taylor on the Amazon original series “The Wilds”. He made his acting debut in 2022 with comedy film “The Moon & Back” as Simon. This movie written and directed by Leah Bleich. He was named Best Actor at the Strawberry One-Act Festival in New York City. His play, Meadows, was performed at the Hudson Guild Theater in New York City. In 2022, he played the role of Sonny in the drama film “On the Come Up”. 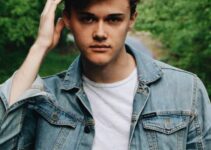