Milo Parker is a British famed star who won audiences over as Gerald Durrell in the ITV’s comedy-drama series “The Durrells”. He gained huge popularity through played the breakout role as Roger in the Ian McKellen starred mystery film “Mr. Holmes”. He began his acting career from the Jon Wright directed action and science-fiction film “Robot Overlords”, which was released on 3 July, 2015. 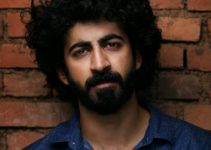