Nico Hiraga is an American famed star who is best known for his breakthrough role of Ryan in the drama TV series The Power. However, he is well known as a skateboarder who has been sponsored by companies like Create Skateboards and Lakai Shoes. He has participated in the Illegal CIv European tour. He began acting in 2017 with the sport-based film The Flare, which was written and directed by Federico Vitetta. Shortly thereafter, he landed the major role of Tanner in the comedy film Booksmart, which was released on 24 May 2019. Recently he appeared as Xavier Yeh in the Arvin Chen directed drama film “Loveboat, Taipei”. 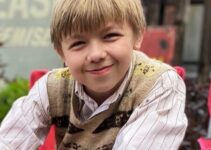