August Maturo is an American famed star who won critical acclaim for his breakthrough role as Auggie Matthews on the Disney Channel’s family comedy series “Girl Meets World”. He also got huge fame for played the starring role of Joshua in the 2018 family drama film “SHEPHERD: The Story of a Jewish Dog”. When he was just 5 years old, began his acting career with TV Series “Weeds” as Kyle. He has have been guest starring roles in many popular TV series such as “Raising Hope”, “Weeds”, “Dads”, “How I Met Your Mother”, “Teachers” and among others. He also appeared as Daniel in the Corin Hardy directed supernatural horror film “The Nun”, which was  released on 7 September 2018 in USA. Recently, he acted as Lucas in Jeremiah Kipp directed horror and thriller film Slapface.

August Maturo was born on 28 August, 2007 to parents Maha Maturo and Joe Maturo in Ventura, California, United States. Currently, he is living in Los Angeles for acting purpose. He has younger brother named Ocean Maturo and as well as has younger sister named Michele Maturo. He has the same birthday as his younger brother. He also has a pet dog named Sailor, which has own Instagram account under the user name “sailormaturo”. 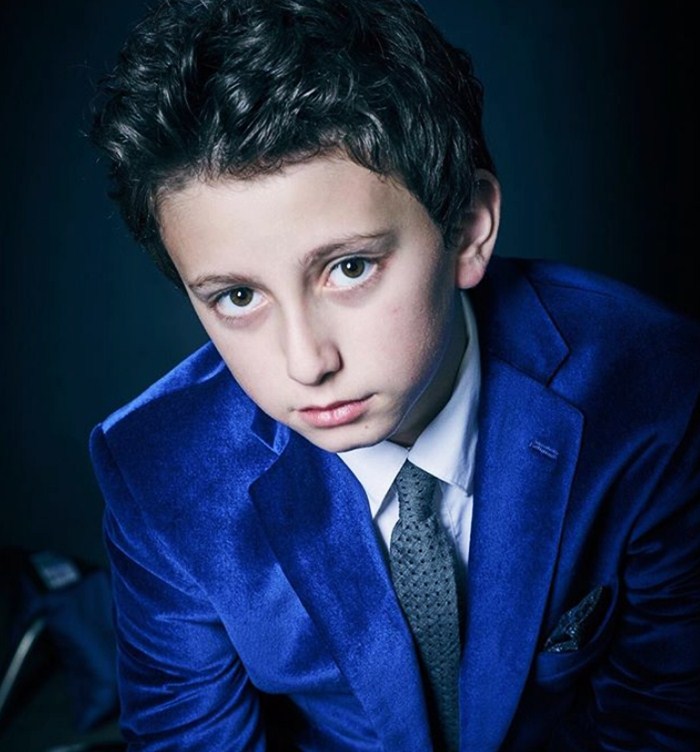