Maxence Danet-Fauvel is a French famed star who is signed model to Elite Model Management, Established London, and Modelwerk Hamburg. He has gained huge popularity for his role as Eliott Demaury, which he played on the France.tv Slash’s drama TV series “Skam France”. He made his acting debut in 2019 with the short film “Disparaître ici” as Matt. Shortly thereafter landed a major role as Maxime Mercier in the crime-based TV film “Police de Caractères”. In 2020, he portrayed the main character of Lord Voldemort in the short film “The House of Gaunt”. 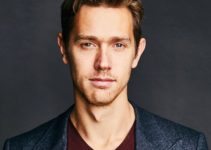