Michael Cimino is an American famed star who is best known for his role as Love, Victor on the Hulu’s comedy and romantic series “Love, Victor”, which was adaptation of 2018 feature film “Love, Simon”. He is best recognized for his role as Bob Palmerim which he portrayed in the 2019’s horror and thriller movie “Annabelle Comes Home”. He began his acting career in 2015 with short film “Limitless Potential” as Bob. Recently, he landed the leading role as Vincent in the upcoming Frank Parrillo directed drama movie “Heartlight”. 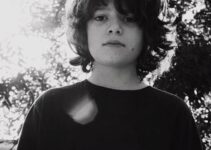