Stephanie Koenig is an Italian famed star who is best known for her starring role as Veronica, which she played with Brian Jordan Alvarez in the romantic film “Boys Who Like Books”. She came into limelight with her performance in the Brian Jordan Alvarez’s web comedy series “Stupid Idiots”. She also appeared as Madeline in the comedy film “Grandmother’s Gold”, which was released on 10 July, 2018. From 2017 to 18, she was cast as Eve for 9 episodes in the Pop’s American-Swedish web TV series “Swedish Dicks”. 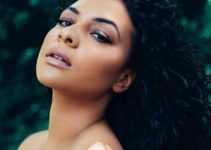