Appy Pratt is a British teen actress who is best known for played the breakthrough characters of Clara Ridgeway in the Carmen Ejogo starred horror and mystery film “Rattlesnake”. She began her acting career when she was just 6 years old. She made her acting debut in 2019 with TV Series “Jane the Virgin” as young Xo (4 years old). In 2023, she appeared as Ishira in the fantasy film “Dungeons & Dragons: Honor Among Thieves”. She will be seen as the role of Jenny in the upcoming Asif Akbar directed horror and thriller film “Skeletons in the Closet”. 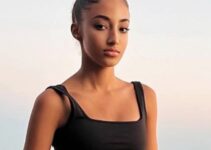