Colin Critchley is an American famed star who is best known for his starring role of Aaron, which he played in the Paul Becker directed family drama film “Breaking Brooklyn”. He got huge fame with his lead role of Noah in the action-adventure film “Legends of the Hidden Temple”. He came into limelight by played the young role of Billy on the 2014 comedy film “Are You Joking?”. 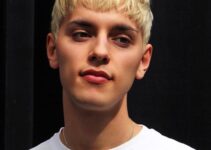