Simone Ashley is an English famed star who is well known for playing the character of Olivia on the Netflix original series Sex Education from 2019 to 2020. She has risen to fame through played the major role of Aisha in 2019’s thriller TV film A Working Mom’s Nightmare (Lie of You). She started her acting career in 2016 with the TV Series Wolfblood as Zuhra. In 2020, she has been cast as Elise Fox for 3 episodes on ITV’s psychological thriller series The Sister (Because the Night). 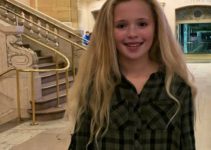