Winslow Fegley is an American famed star who recognized for his starring role as Timmy Failure in Disney’s comedy-drama fantasy film “Timmy Failure: Mistakes Were Made”. He earned his first on-screen acting credit in 2019 for his work on the Disney Channel’s comedy television series “Fast Layne”. In 2021, he portrayed the minor roles of Jake Doyle in the drama film 8 Bit Christmas and Alex in the family film Nightbooks. 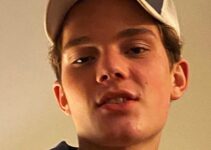