Guido Messina is an Argentine actor who is best known for played the lead role of Julián in the drama series “Cielo Grande (Secrets of Summer)”. In 2019 and 2020, he portrayed the character of Alex Gutiérrez in 120 episodes of the Disney’s comedy series “Bia”. He made his acting debut in 2017 with series “Las Estrellas”. 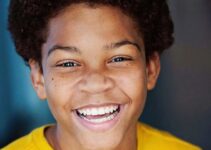